Jules Morgan required a left foot amputation.  Currently, he spends a LOT of time at the gym with both therapy and his personal training for the paralympics as well as bodybuilding and CrossFit competitions.

Jules notes that his number one challenge is finding patience to take things one step at a time. 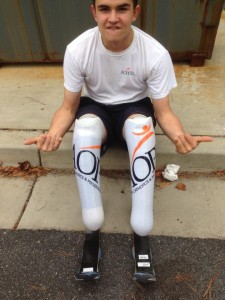 Cole Wooten was born with a rare skin disease that affected his feet and eventually caused the need for amputation of both.  Recovery initially was quick and easy, he says, but because of the skin condition, prosthetics were difficult, but he and his doctors have been working through trying the best possible liners for Cole.

Cole enters the eighth grade this fall and plays tennis, basketball, and track and field.  His number one goal right now is to become a paralympic athlete.  Currently, he holds the national record in his age division for shotput and discus.

“Never use your disabilities as an excuse,” says Cole.  “Keep your head up no matter what life throws at you.” 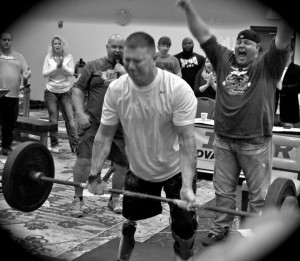 After being in an accident in 2007 which resulted in him becoming an above knee amputee and also damaging his left leg, we get to see Justin enjoying life after the accident. Through countless hours of physical therapy and hard work, he has become an example and inspiration to those who meet him. 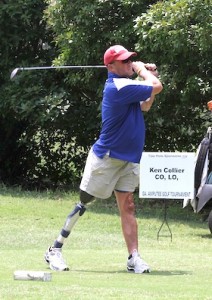 “Every day that I wake up in is a challenge, and I beat it!” says Justin.  “I wouldn’t change the life I have now for anything in the world.”

Justin’s future goals are to be part of a grounds crew for college or professional athletics.  Justin is currently a baseball coach at Lexington High School. 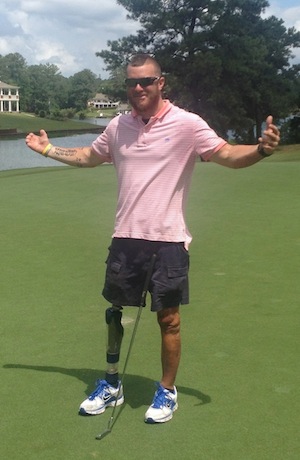 Justin’s philosophy is this:  “Perfection is the ultimate goal in life — to be perfect.  However, no one is perfect in anything they do.  But, if I drive for perfection every day, then I will reach every goal that I shoot for.” 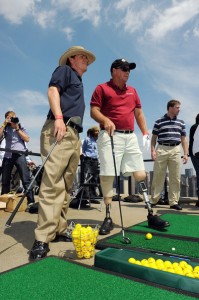 “I’m an AK/BK. That means I’m missing right leg below my knee–my left leg above my knee,” he told News 12.

In 1989, he and his dog went on a walk he’d never forget. Vickery stepped on a mine on Fort Gordon property. His legs were lost in the explosion, and his life had changed forever.

He did just that. He learned to walk again, but this time it was a bit different. 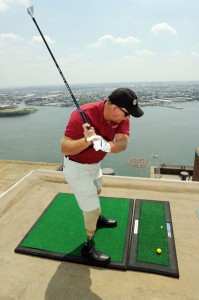 Roy Rice of Augusta Orthotics and Prosthetics gave Vickery the ability to walk again with two new prosthetic legs, but perhaps an even greater gift, Rice gave a depressed Vickery a new love.

“He had never played golf before,” Rice said “Fortunately, I had just bought myself a new set of golf clubs

. Don was kind of depressed, so I just gave him my old set.”

“I told Roy, I said, I’m not sure that I’ll be able to do it Roy. I’m afraid that, you know, I’ll slow the course down or I’ll be in the way,” Vickery recalled. 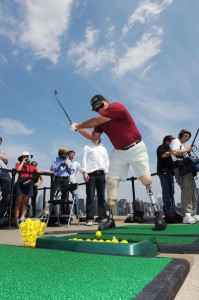 “And it probably wasn’t a week later, he come in there, and he was going to the driving range and practicing. He said hey I think I can do this, and he just continuously got better,” Rice said.

He become so good, in fact, that he’s now a certified PGA professional.

“People walk in where I’m at and they say, ‘Hey, Pro!’ You have no idea what that feels like for them to say, ‘Hey, Pro.’ So, it really has changed my life,” Vickery told News 12. 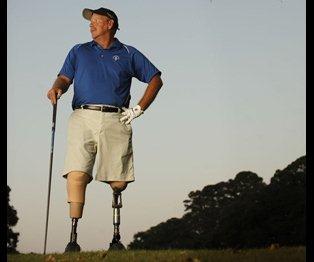 He says others can follow in his footsteps, and he offers some advice.

“There’s an old saying that if your mind doesn’t mind then your body doesn’t matter,” Vickery said.